I am sure that you are hearing the buzz regarding  a monster storm that is forecasted in the Bering Sea. 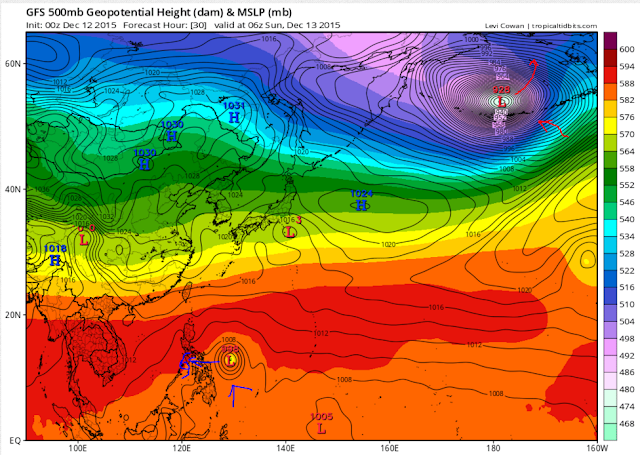 Here is the current warning for the Bering Sea...

On Saturday night into Sunday they are expecting seas of 42ft with 50-65kt winds with a 928mb estimated pressure!  It's seeing forecast like these that make me happy I chose the submarine force.  A little comparison regarding last year's news-maker, Super Typhoon Nuri bottomed out at 924mb. Note the tracks of each... 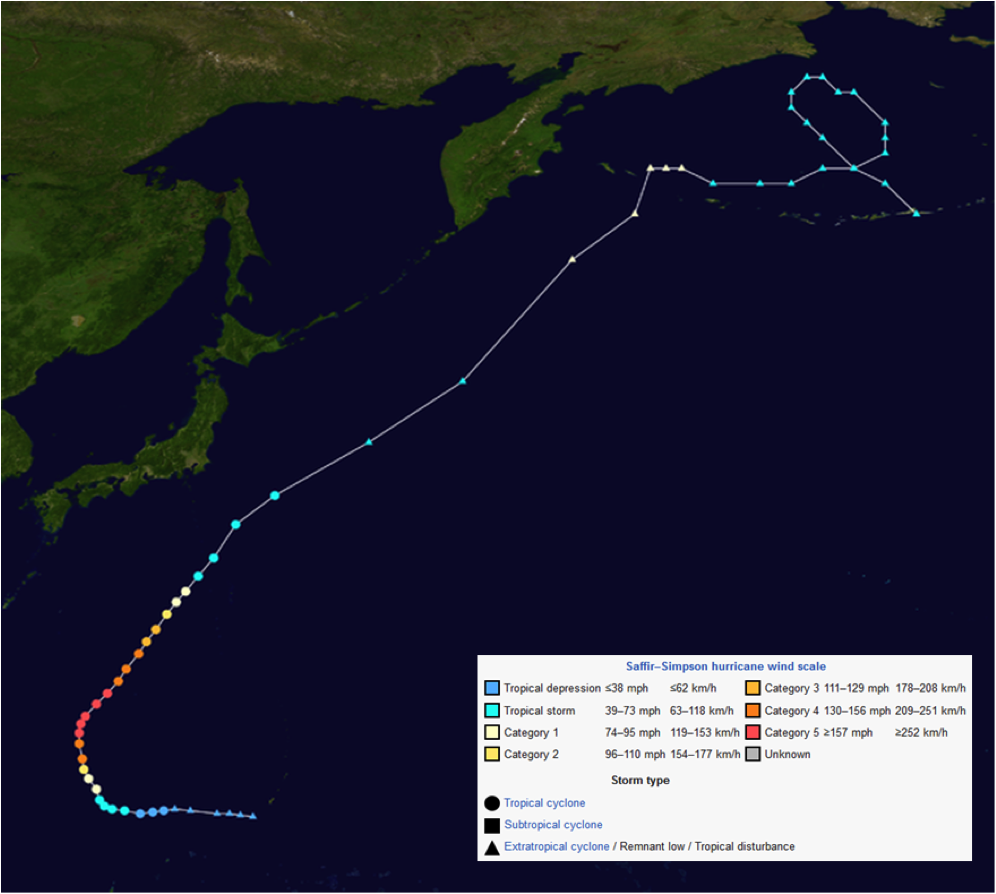 Nuri retrogrades while in the Bering Sea which lead to the sustained cold we experienced in late November.

Here is the current track of our system this year... The current lag time as to when we are looking at the BSR timeline is 19 days.  So, add 19 days to the 13th-15th and we get between January 1st and January 3rd of 2016.  My research partner, Josh Hermann, created an animated gif of the storm from a prior run with the 'estimated track' of the surface low pressure.

What you aren't hearing about is Typhoon Melor, which is forecasted to hit the Philippines and then get shredded into a minor cyclone.  If a typhoon moves due west it shows that a ridge is over the top in East Asia and Japan.

Applying the typhoon rule and we see that we will expect warmth between the 19th and 22nd of December before a new series of systems move through the Central CONUS.
Posted by Joseph Renken at 10:11 PM