The BSR's Use Across The Lower 48

One of the meteorologist who utilizes the #BSR is Jeremy Nelson, formally of WISN in Milwaukee and now at WJCL in Savannah, GA.

Recently, Jeremy posted a blog regarding the daily record amount of rain that Savannah received...1.88" to be exact. 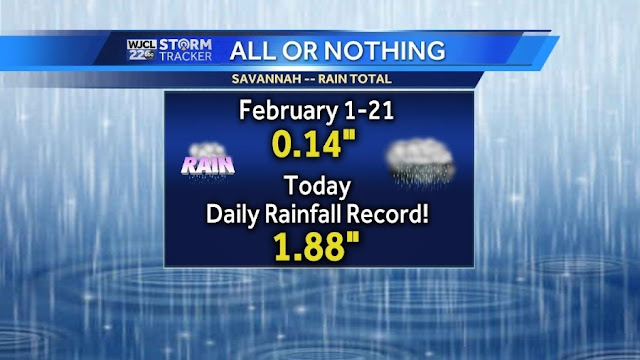 Here is what the #BSR was showing...

Note the multiple low pressure systems along the Gulf Coast and a strengthening low in the Trinidad, CO region.

The OBS surface map above has multiple low pressure's that are occluded along the Gulf Coast.

First mention of the end of February was back on January 29th. Jeremy followed up regarding the end of the month for a strong system to impact the SE on January 9th. A few tweets about a warmup around the 11th and 12th of March... and another warm up immediately following a chance of rain... We are looking forward to his verification and #bsr intro blog post for those in Savannah, GA!
Posted by Joseph Renken at 12:45 PM