What Happened With The BSR?

Hello everyone! I've decided to follow up on an article that I was interviewed for with The Weatherboy.

First, let's look at the outlooks from an earlier interview on February 12th...

After the stormy period that’ll set-up around February 20-22  and into March, the BSR indicates a volatile back and forth temperature pattern with some cold snaps but the cold is generally muted.

Here are the stats for Bangor, ME in February and the first part of March. Bangor, ME is our correlation point with Kodiak Island, AK. 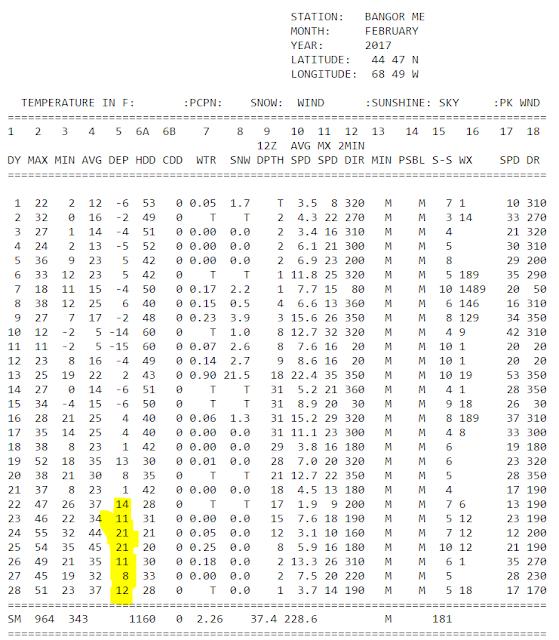 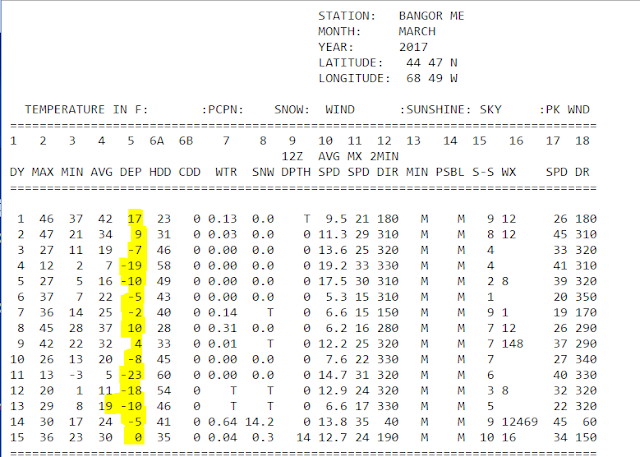 As you can see, the volatile pattern is there.  The cold snaps of late February didn't materialize because of the Pacific jet coming back to life per this graphic. So my comment of them being "muted" was spot on for the later part of February.

The low pressure well of the West Coast acts as a catalyst to increase the speed of the jet once it turns zonal over the CONUS.

Another method that we utilize in the BSR is our 3 Day ROC, or Rate of Change. The orange line designates our correlation on Kodiak Island, while the green designation is Bangor, ME.

The above graphics were brought up in the Weatherboy article...


We keep a detailed record of what the BSR’s repeating pattern, its so-called ‘lag’, is every day.


One thing I'd like to bring up is how the BSR did show a storm in the MidAtl and Northeast on March 13th as seen below.

A dissipating low pressure just South of Cape Hatteras, NC with two shortwaves to it's West.  One stretching in the Mid-Mississippi River Valley and the other from the Ohio Valley to Cuba.  It's obvious that these two shortwaves 'phased' and gave us...

Finally...there is a forecast method that is utilized by multiple NWS offices which uses Hovmoller graphics. This "in-house" method stated that the severe weather threat for the Plains and Upper Midwest actually merged with a long range "frequency", or "signal", to create the above storm off the Northeast coast.

Finally, be careful of anyone on "wxtwitter" or various Facebook groups that claimed they foretold a big storm coming well in advance of 20 days! Them saying that the Mid-Atlantic and Northeast stood a chance for snow is a huge difference than calling for what was on the table!
Posted by Joseph Renken at 11:44 PM No comments: