When Organic Forecasting Sees The Future Months In Advance

Part of Josh's Recurring Rossby Wave Train research was a severe weather experiment first posted on January 30th. The Storm Prediction Center is utilizing a new experimental forecasting technique based on the Climate Forecasting System. Looking below you can see the results of the model from 1/26/16 until 3/10/16. Here is the link to said product below. 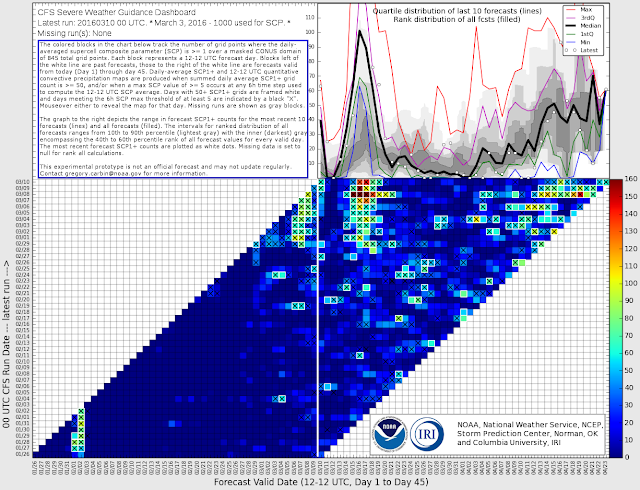 Cross reference the above with the dates that Josh provided on January 30th.


Now, as you can see above, the forecast on March 8th was the first to highlight the period between April 12th through April 21st. With Josh's experiment being documented on January 30th, that was a 38 day lead time until the CFS model hit on that period! Going further...that is a 73 and 83 day lead time for severe weather pattern recognition. That being said...I am going to introduce you to one of the graphics that Dr. Lupo created for our research paper based on Autocorrelation of the PNA. 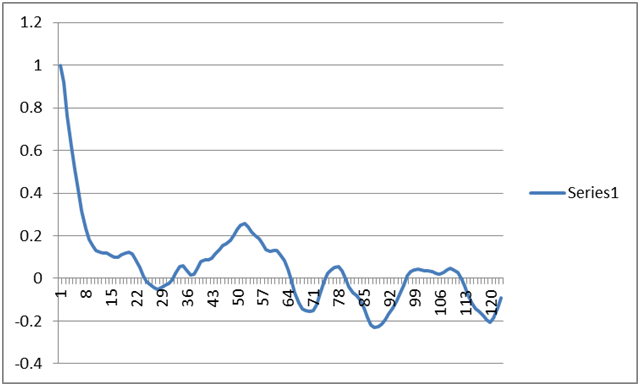 As you can see, we have spikes at ~52 and ~76 days. This is just one of the series graphics that we have created because, as Josh has found, there are two distinct wavelengths of the RRWT.

More to come later!
Posted by Joseph Renken at 5:43 PM